Following the recent effort to consolidate public accounts and the relative ineffectiveness of monetary policy, there is a possibility of relative fiscal expansion in developed countries throughout the course of 2017. Almost every country in Europe has strengthened its level of competitiveness on the world stage in the current cycle of expansion during 2016. Therefore, it can be lightly confirmed that there is plenty of opportunity to startup your business in Europe, also due to the positive and fertile ground which lots of regulatory authorities are aiming to implement (activities such as paying taxes, trading across borders and enforcing contracts are going to be faster and more comfortable to do). 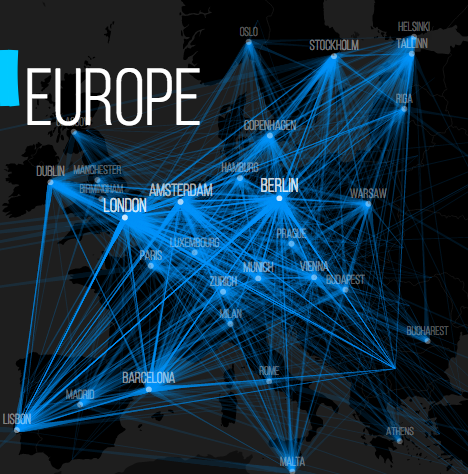 Find out more about how to start a business in Europe in the following articles:

Scandinavian countries and UK continue to dominate the scene of best countries to invest in, although the Brexit has left some investors feeling uncertain about the UK.

In addition, Ireland is a key place to consider as well, since Irish authorities are attracting as many foreign capital inflows as possible by proposing a low tax regime and competitive advantages.

The Irish economy recovered from the recent credit crisis better than most other countries. Compared to similar-rated countries, Ireland’s bonds are safer. Ireland is the most favorable country to invest in, it is by far the country with the lowest corporate tax burden (12.5%) in Europe and its government offers a variety of incentives to launch business’ projects in Ireland (25% of Research & Development expenses can be converted into tax credit). Ireland is the first choice for foreign direct investment all over the world. Some simple facts:

One of the few difficulties to create a business in the European environment can be represented by the slow procedures to set up an enterprise because of vast bureaucratic procedures. To solve this issue, here there are some useful resources and initiatives to take into account when thinking about developing a business in Europe:

The 2016 Japanese economy has emerged as the most "precarious" case because public debt has reached more than 200% of GDP. Therefore, considering this unfavourable setting, the low probability of receiving any subsidies, and the scarce consumer confidence, Japan may be not the best to place to start up your business. It is recommended to wait few years before to launch a startup in this country.

The United States of America

However, in 2017, the global economy is expected to continue to benefit from the unique growth profile of the American economy. Its uniqueness came from the 2.9% expansion of GDP in the third quarter of 2016, with respect to the previous year. Even if resulting still slow with respect to historical track, analysts agree that the U.S. economy is going to gain momentum also in 2017. American shoppers continued to drive growth and consumer confidence hit a nine-year record in September 2016. Stronger economies together with less regulation (Trump is expected to ease the regulatory and bureaucratic acts needed to start up a business in U.S.A.), can be firmly beneficial for the business environment as a whole.
Find out here more details about how U.S. Leads Developed Economies In Startup Activity in recent years.

Video Blast! - How to Give the Perfect Pitch