Beyond the Grid: Bringing Sustainable Energy to the Frontier

When we in the West imagine the future of renewable energy we are typically thinking of large, utility scale projects like offshore wind farms, vast solar arrays, or the ‘supergrid’ infrastructure required to carry this energy to our cities. With energy use per capita in OECD countries reaching a peak of over 8,000kWh a year (World Bank, 2013 figure) these projects are certainly vital to ensuring the sustainability of energy-intensive Western lifestyles. However, the majority of people in the world are not living in high-income countries, and as such utility scale renewable energy generation is unlikely to be the panacea that will provide universal energy access by 2030.

For example, what about the 13 percent of the world’s population who live in Least Developed Countries, where the average per capita energy usage is just 191kWh a year? Multi-megawatt, multi-million dollar grid-extension projects are unlikely to be fully utilised, and the costs of building and maintaining plant and transmission lines place extra pressure on the already strained finances of LDCs. What about Sub-Saharan Africa, where rapid economic growth over the past decade has led to consumer demand (e.g for mobile phones) outpacing electricity generation capacity? For Ghana, Nigeria, or Ethiopia, where annual GDP growth has averaged 7-8% per year over the past 5 years (the Economist), the decades-long timeline for bringing a power plant online will likely be too little too late. The challenge posed by SDG 7, to “ensure universal access to affordable, reliable and modern energy services [by 2030]”, thus does not just require the mobilisation of resources to extend the grid across the globe; rather, it requires solutions tailored to a multitude specific national, regional and local contexts. In order to determine the future of (renewable) energy in the developing world it is vital to understand how energy is currently used.

THE DEMOCRATISATION OF ENERGY GENERATION

In the developing world, most of the energy used by households is not generated by power plants, nor is it transmitted to homes by nationwide networks of overhead cable. This is because the vast majority of the developing world’s energy demand is for cooking energy, a demand which is overwhelmingly met by solid fuels, usually firewood or charcoal. Energy generation as it currently exists in the developing world is therefore highly decentralised, and largely takes place at the household level. The conventional wisdom in the development community that people in the developing world are unwilling or unable to pay for energy services thus misses a key point: they already are. While the forms of energy delivered in this way are decidedly not modern (or in most cases sustainable) a household level model for providing energy is not inherently flawed, and in many cases distributed energy generation methods can provide much greater value for money than grid extension. 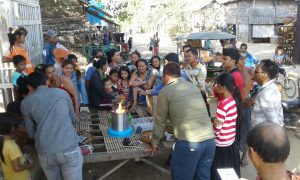 In recent years, solar-photovoltaic technologies have become more powerful and less expensive than ever before, and solar power is quickly becoming the renewable energy source par excellence. In the Sub-saharan African context, where firewood and charcoal expenses can take up 20% of a household’s income, the solar industry is booming: from pico-PV cells powering a single lantern, to powerful rooftop solar home systems capable of meeting an entire family’s energy needs. This is where the promise of SDG 7 can be realised: by providing access to the means of energy generation at the household, business and/or village levels it is possible to extend electricity access far beyond the grid’s reach, and to do so in such a way that capacity can grow (or shrink) with demand. If the barrier of the initial capital investment in a solar product can be overcome (through microfinance, for example) then it is entirely plausible that even the poorest consumers in the developing world can achieve a level of energy independence. Furthermore, the modularity of solar systems mean that solar is among the most scalable of currently available renewable energy technologies, and this scalability allows us to think differently about how energy needs can be met.

There are a number of scenarios in which grid extension is not possible, nor desirable. However, there are efficient and cost effective ways that these populations can be served through decentralised energy generation projects.

In high-growth regions of the developing world there are emergent middle-classes who have increased demand for modern energy services. However, utilities designed for much lower levels of demand cannot immediately satisfy these new customers. This can severely stifle further growth, as it may take years for the utility to catch up with demand (i.e. by building new power plants). In this scenario, a ‘bridging’ technology is required to meet immediate needs while long-term energy generation capacity is still in the pipeline. Solar home systems present a good solution for households and small businesses in this scenario, as they allow for individual households to tailor energy generation to meet their current needs.

In isolated rural areas grid extension can prove highly problematic. Long distances need to be traversed by high-voltage cable, and low demand for services in sparsely populated areas makes this sizeable investment unattractive. Again, there are decentralised alternatives. For larger rural population centres solar mini or micro grids may be suitable for providing a village level solution for energy generation. In cases where the initial capital investment in a mini-grid is not feasible, pico-PV products are an alternative which allow for highly personalised energy delivery. 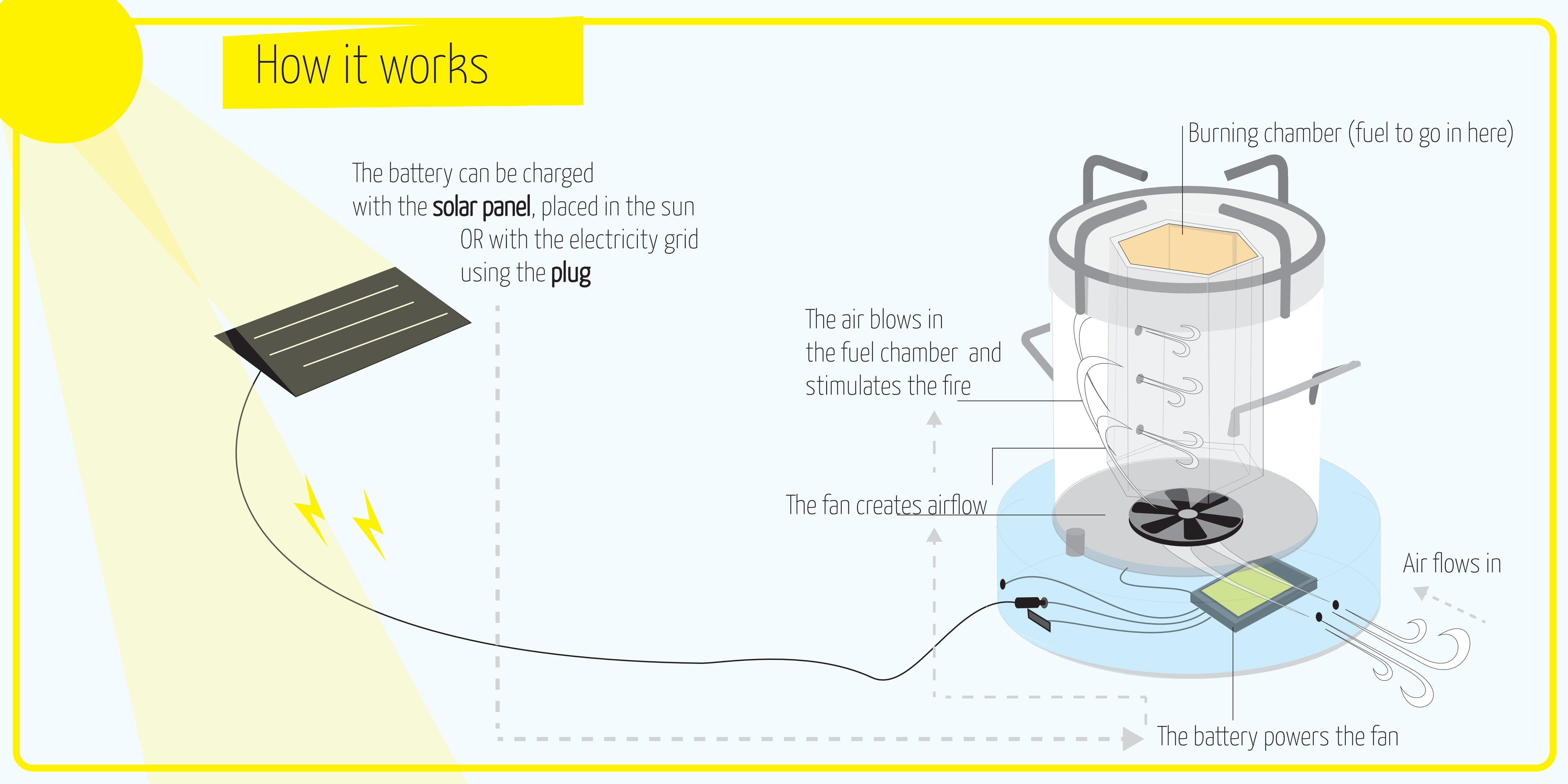 This is the space that African Clean Energy (ACE) operates in, providing energy solutions tailored to the needs and capacities of rural populations where grid extension may never be feasible. ACE’s first proprietary product, the ACE 1, provides smokeless biomass cooking as well as off-grid solar energy for lighting and phone charging. The ACE 1 differentiates itself from the rest of the cookstove sector by being the cleanest multi-fuel biomass cookstove available which is capable of using any solid biomass. Being able to efficiently burn anything from pellets and briquettes to cow-dung or agri-waste, the ACE 1 provides contextually appropriate renewable energy technology for the most difficult to reach consumers. Through 9-month micro-finance loans we are able to make this high-tech, high-impact product accessible to BoP consumers, maximising impacts on energy generation. By focusing on the demands of the consumer ACE are able to run a sustainable business while also facilitating bottom-up participatory development. 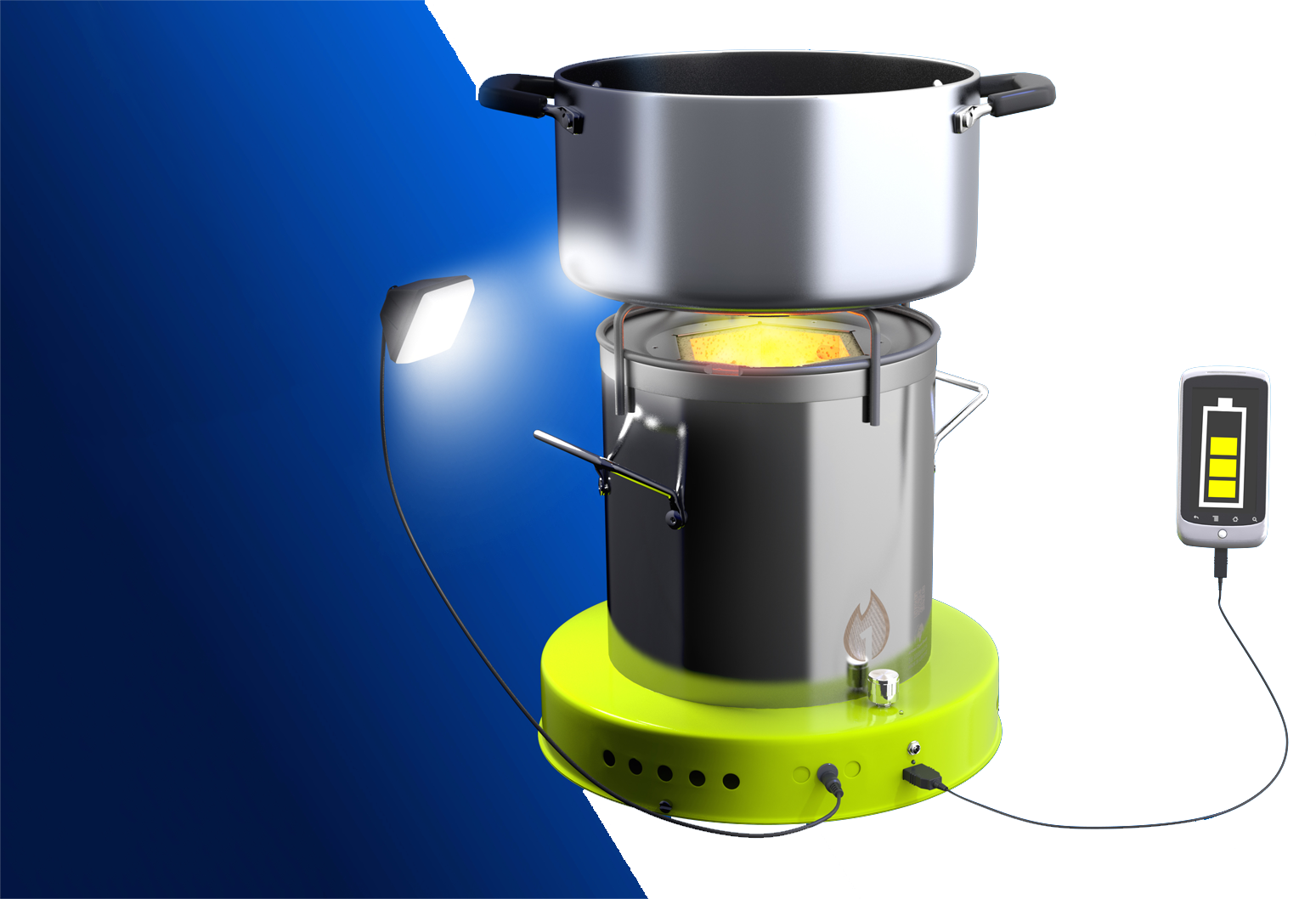 In short, the goal of providing universal energy access by 2030 is achievable, but for the developing world it will require flexibility among development actors, and a commitment to providing contextually appropriate solutions. Large infrastructure projects will of course be key for many regions of the global South, but we must also recognise that these projects are unlikely to reach the most isolated communities in the developing world, and certainly will not do so by 2030. The excitement surrounding bleeding-edge renewable power projects should not distract development actors from the less glamorous work of facilitating the democratisation and decentralisation of renewable energy production.

This article was originally featured on Impakter.com

Judith Joan Walker is a Social Entrepreneur and the Operations Director for African Clean Energy. She is a Ye! Community Member as well as a Ye! Global Awards Finalist at the 2017 G20 German Presidency Financial Inclusion Awards.