There are roughly 3.69 billion women on earth right now, which is 49.6% of the current global population.

According to the 2016 Global Gender Gap report published by World Economic Forum, the top ranked country for gender equality is Iceland with a score of 0.874. The World Economic Forum assigns these rankings based on a scale of 0 to 1, 0 being the lowest possible score and 1 being the highest. Iceland’s score is noteworthy as in 2016 it was the highest ranked country in the world for gender equality, but still only ranked at 0.874.

As the rankings of this list descend, the countries listed become almost entirely developing nations. While gender inequality has the ability to transcend class, race, religion, and country lines, it is nevertheless amplified in developing nations where a combination of greater adherence to traditional norms and lower access to education means change is slower to come.

Access to education is a key factor when considering the barriers that gender inequality causes. The benefits of a well-educated population have enormously positive implications for a nation’s economic and social well-being. And, considering that 130 million girls between the ages of 6 and 17 do not attend school or that 15 million girls of primary school age will never step foot in a classroom, countries are doing themselves a disservice by not educating a greater number of their female population.

Furthermore, education would have a direct impact on the financial success of women, since one year of additional schooling can increase  a woman’s earnings by 10% to 20%. In fact, increased education for women and girls’ has accounted for about 50% of the economic growth in OECD countries over the past 50 years.

This figure confirms that when women have access to both education and the economic opportunities, nations prosper. However, gender inequality is one of the greatest barriers to this accessibility; the UN has put gender inequality on its list of 17 goals to transform our world along with mammoths such poverty, hunger, lack of education, and more. While a long road may lay ahead, it is paramount that strides continue to be made so that the progress achieved thus far does not stall. 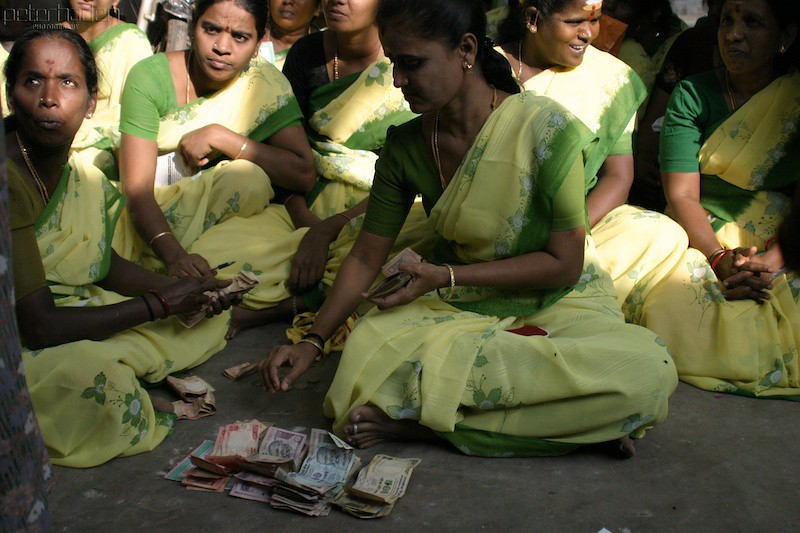 Gender equality, or the progression towards it, is a prerequisite to economic development. One of the most convincing solutions to the problem of gender inequality and the changing of cultural norms in developing countries is microfinance.

However, microfinance options are still only available to 20% of the 3 billion people worldwide who live in poverty. Of these 3 billion people, only 58% of women have a bank account compared to 65% of all men.

These figures illustrate that there is still a large window of opportunity for governments, companies, and organizations to invest in and take a leading role in increasing financial inclusion.

With the overwhelming majority of microfinance beneficiaries being women, it’s important to take a closer look at how microfinance institutions can become better positioned in order to extend and develop their services further to better serve women.

With increased savings and greater access to and understanding of financial systems, women are able to become more independent and take on a greater decision-making role within the household. In the average developing nation, an increase in the availability of microfinance services by approximately 15% is associated with a decline in gender inequality of about half. When half of a population that previously was not involved in the economy becomes active participants, the changes can be felt at a macro-economic level.

For example, a report by the McKinsey Global Institute found that by advancing women’s equality, $12 trillion (an 11% increase) could be added to the global GDP by 2025. This figure is based off a “best in region” scenario in which all countries would have to match the rate of improvement of the fastest-improving country in their region. Furthermore, the report suggests that with a “full potential” scenario, where women would have an identical role in labor market as men, as much as $28 trillion (26% increase) could be added by 2025.

Women account for half of the world’s working-age population. For countries struggling to keep inflation low and their economies afloat, discounting women as considerable money-making, economy boosting members of the population is a costly mistake.

Reducing or eliminating the gender disparity altogether is no easy feat. There are a plethora of challenges that lay ahead on the road to gender equality for governments, private enterprises, and women themselves.

According the Global Gender Gap Report published by the World Economic Forum, following current trends, the global gender gap can potentially be closed in 100 years across 106 countries. Unfortunately, these trends do not ring true across all sectors. According to the report, in the economic & health spheres, where the gap continues to widen, it will not be closed for another 217 years.

Greater financial inclusion has the power to reduce these predicted time frames and legitimize women’s role in their households and in the economy. Microfinance has already proven to be an important driving force in promoting and increasing financial inclusion.

Private companies offering micro-loans and financial services with decreased red tape have to ability to encourage women to engage in the economy and therefore, increase their ability to financially empower themselves.

Whether change comes from governments, private organizations, NGOs, or through a combination of players, it is important that progress continues to be made. When countries neglect the rights of their female population, they are neglecting their future economic prosperity. When women prosper, nations prosper.

Kira Speer has contributed extensive research on financial inclusion on youth and women in emerging economies for both Child & Youth Finance International and the Ye! Community. Kira currently works for MD Partners as an analyst in the greater Mexico City area.