Sustainable Cities are Making a Difference for the Planet

For centuries, cities have been at the heart of the arts and culture, thriving businesses, and innovative ideas. Today, cities generate over 80% of gross domestic product and are the engines of economic growth that have lifted millions from poverty.

This economic growth is accelerating rural to urban migration. Indeed, the sheer number of people who live in cities now and who are expected to move into them in the coming years is startling. In Asia, cities will become home to another 1.1 billion people in the next two decades as the poor continue to gravitate to urban centers where better employment opportunities exist.  Generally speaking, however, approximately 700 million people who migrate to cities end up living in urban slum.

Many cities are already struggling with environmental degradation, traffic congestion, inadequate urban infrastructure, and a lack of basic services, such as water supply, sanitation, and waste management. The environmental footprint of cities is quite alarming and can threaten the natural resources required to sustain the economic development and poverty alleviation. Maintaining economic growth, while creating sustainable livable cities for all, is one of the biggest urban challenges facing the world today.

In addition to dealing with the issues mentioned above, cities are also extremely vulnerable to climate change due to its impact on sea level rise, polar ice melt, and storm cycles, as over 90% of urban areas are coastal. How can cities deal with the global environmental crisis? They become sustainable!

In line with Sustainable Development Goal (SDGs) 11 for Cities, the focus of the current work on sustainable cities is:

Indeed, the good news is that while cities are particularly at risk to climate changes, they are also behind some of the most powerful solutions.

That’s why we’re taking a look at three inspiring examples of sustainable cities in the world and the steps each has taken to become a leader in clean energy and climate solutions:

Copenhagen is often ranked as one of the greenest cities on the planet.

in 2009 the city set a goal to become the world’s first carbon neutral capital by 2025 as part of its  2025 Climate Plan. Copenhagen has focused on reducing energy consumption in a variety of ways, including using an energy-efficient district heating system that connects to nearly every household and innovative cooling systems which save around 70% of energy compared to traditional air conditioning.

Copenhagen has also reduced emissions and improved the health of its residents by modifying urban mobility: integrating transport, and building what’s known as a super cycle highways.

This revolution of the transport system led to 45% of the city’s residents commuting by bike every day. 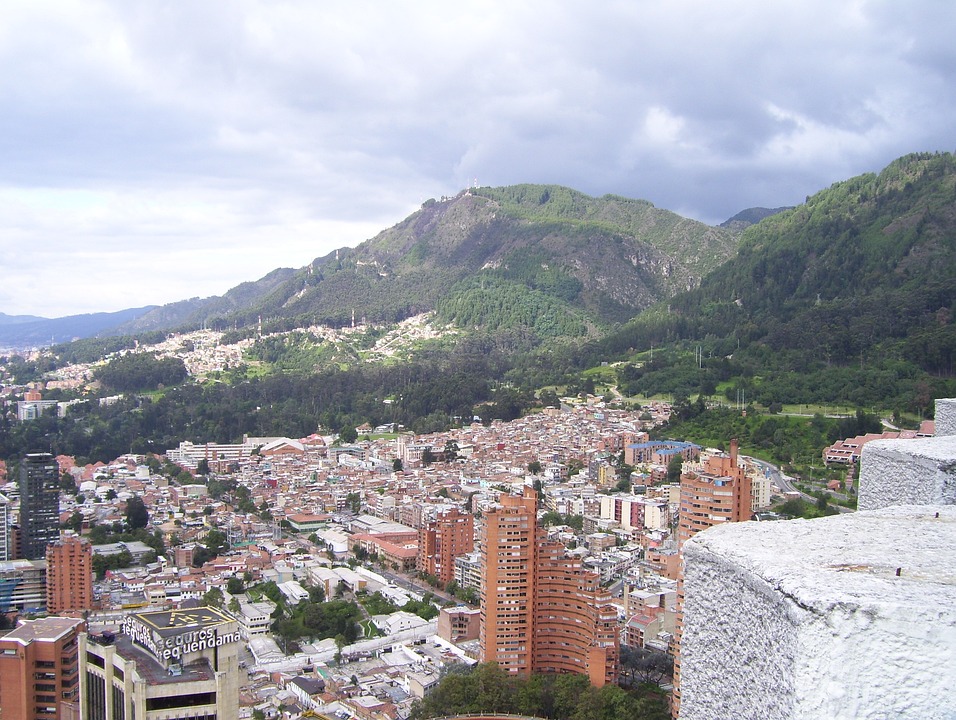 In preparation for the 18 million Colombians that are expected to move to cities by 2050, Colombia has been working to maximize land use and energy efficiency, especially in urban areas like Bogotá. The city has drafted a new master plan for the next 12 years to improve quality of life, with a goal of reducing greenhouse gas emissions by 32% in new buildings. An example is the Elemento, a building made of recycled items solar panels, a green roof, low-emission materials, as well as countless other sustainable building features. Certified in 2017, this project allowed for a 67% savings in water usage and 48% in energy overall usage, and it’s 100% naturally ventilated.

There is a history of resourceful architecture in Bogotá. Colombians have long built using simple resources and simple techniques, focusing on reusing and reshaping things. The commitment of the city for reducing greenhouse gas emissions has changed how all new construction projects are approached. From renovating the historic, mountainous foot path, building schools and libraries as a way to invest in better education to promoting eco-tourism through sustainably designed restaurants, hotels, and businesses, the city government of Bogota continues to demonstrate its commitment to being a sustainable city.

With a population of more than five million people, Singapore is often recognized as one of the most forward-thinking green cities in Asia. The city-state has developed a Sustainable Development Blueprint, which outlines sustainability goals leading up to 2030. The targets include improving energy efficiency by 35%, ensuring that the majority of the city’s buildings are certified green.

Singapore has also improved its sustainability by making drastic changes in transportation. The city-state limits car ownership among its residents and has built effective public transportation systems, which have helped reduce pollution and crowding on streets and highways. In addition, the mayor has guaranteed to link 80% of houses to a maximum of 10-minute walk to a train station.

Where would sustainable cities be without entrepreneurs?

Pressure on infrastructure associated with growing urban populations, the ubiquity of new technologies and collaborative business models are making way for a new form of entrepreneurship focused on addressing quality of life in cities. The so-called “urban entrepreneurs” are challenging the logic of formal market structures, reframing the interactions between place, individuals, and institutions to produce innovative outcomes.

Check out these youth entrepreneurs from the Ye! Community who are transforming the modern cityscape:

In 2012, while pursuing a computer science degree in Amman, Kamal Alhmoud found himself drawn to business and the desire to create positive change in his community. His organization: Aster aims to create a greener environment by irrigating and planting gardens in unused spaces.

Aster is a social startup company founded in Amman. It is the first company in the Middle East to provide the service of planting rooftop gardens, and to offer renovation services for existing gardens. The company uses innovative irrigation techniques to save large volumes of reused water in addition to solar power for lighting.

To address the lack of green spaces in Amman, Aster works to transform the city's rooftops into lush gardens. By increasing the city's greenery, Aster benefits both individual residents and the community as a whole, purifying the air and encouraging people to grow their own fruits and vegetables. Since its inception, Aster has worked on many successful projects across Amman.

Anielle Guedes is a young entrepreneur and the previous Ye! Community Ambassador in Brazil, who creates and develops technology solutions to positively impact society, such as CIS Transportation (urban mobility) and Urban3D (3D printing low-cost housing). She has started an undergraduate course in Physics and another in Economics at the University of São Paulo (USP), followed by a graduation degree in Sustainable Products and Production Chains from Instituto Europeo di Design and exponential technologies applied to global grand challenges from Singularity University at NASA Ames (USA). She was also Chairman of USP Entrepreneurship Center.

In 2015 she founded Urban3D, a technology company focused on 3D printing and robotics techniques and new materials for construction. The main goal is to create low cost high quality housing to provide a sustainable solution to housing affordability and urban development.

Zion Campo is a freelancer, social entrepreneur and a member of the Ye! Community. He is also a storyteller at TarsierTimes. In 2016 he founded a food redistribution startup called SobraSaver on the island of Bohol, Philippines. SobraSaver helps in redistributing edible excess food from events, hotels, bakeries, restaurants and other food businesses to nonprofits, local jails and low-income communities. It also helps businesses get tax credits for their food donations.

Rossella Recupero is an economist with an educational background in international affairs and development studies. She is passionate about the current environmental challenges, enjoys raising people’s awareness and empowering them towards a more sustainable way of life. She currently works with Zero Waste Europe where she is part of the communication team!